A Leeds MP is leading the call to close down online suicide forums after the death of a 23-year-old constituent. 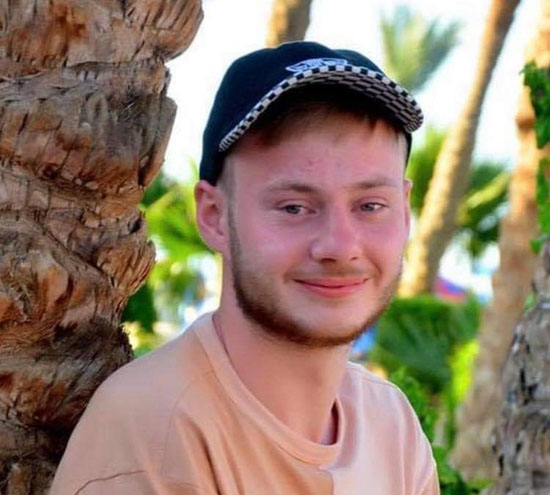 Joe Nihill, from Whinmoor, in Leeds, took his own life in April this year following three bereavements and after accessing online forums that encourage suicide.

And Labour’s Richard Burgon has today presented a motion in Parliament calling on the Government to act on the harm caused by such sites.

Mr Nihill, a former army cadet, was described by a friend as “one of the brightest souls to walk this Earth”, but had struggled with his mental health and despite going to the hospital for help, he found himself on dangerous forums where people encouraged suicide and even discussed methods by which to do so.

Melanie Saville, Mr Nihill’s sister-in-law, said: “Joe was such a caring and outgoing person. His death has been devastating for our family.

“This campaign is about making sure other families don’t have to go through what we’ve been through.”

And it urged the Government to not only crack down on the sites, but also to increase funding for mental health support.

Mr Burgon said: “Joe was a well-loved young man who tragically took his own life after accessing online forums containing promotion of suicide.

“This case shows the real harm that can be caused by these online suicide forums.

“I put down this motion in Parliament to support the campaign Joe’s family are organising to make sure what happened to Joe doesn’t happen to other young people.”

Ms Saville said: “We’re pleased that these MPs have supported our campaign. Action needs to be taken to stop the harm caused by these suicide forums.”

A petition started by Mr Nihill’s family and friends has now gained more than 4,600 signatures.

It comes after MPs debated online harms on Thursday.

He said: “When a search engine asked about suicide shows a how-to guide on taking one’s own life long before it shows the number for the Samaritans, that is a design choice. The duty of care needs to require a different design choice to be made.”

Elliot Colburn, Conservative MP for Carshalton and Wallington highlighted that “almost a quarter of children and young people who sadly lost their lives to suicide had previously searched the internet for suicide-related content”.

Speaking to The Yorkshire Post, Mr Burgon added: “The Government has promised previously legislation about general online harm. They say they’re going to bring the legislation in the new year but a problem is it might not take effect until 2024, which is a long time away.

“It’s a real problem that up until now social media companies have been really left to self-regulate, so we need to ensure any regulator has teeth.”

He said: “The internet is a fabulous resource for information and keeping in touch with other people, but at the same time there is dangerous content on there.

“We all believe in freedom of speech but would it be seen as fine if there was a bookshop in Leeds city centre selling books encouraging people to kill themselves and basically being instruction manuals on how to do so? I think, quite rightly, that would not be seen as acceptable and it would be stopped.

“The internet is just the modern version of the printing press, and there’s too much of a complete free for all, one could say, when it comes to this kind of truly dangerous content.”

And he said the risk had been raised even more by the pandemic.

He said: “People are spending more time online, in general, because people are more likely to be restricted to their home at the moment. And people’s mental health has deteriorated, there has been a big increase in mental health problems throughout this crisis.

“This should be another wake up call to us that we need to stop these suicide forums being there on the internet encouraging people to end their lives and giving them information on how to do so.”